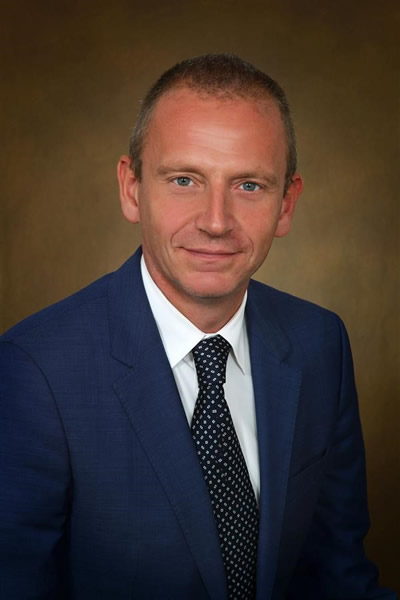 Pancreatic cancer is the third leading cause of cancer death in the United States. Much progress has been made in the treatment of pancreatic cancer over the past decade, but not enough to defeat it. One of the main obstacles in improving prognosis is the lack of research resources and sometimes the absence of a strategy.

Personally, I believe that there are 4 main areas to be developed in the future to improve current results.

1. Greater investment in research into the prevention and early detection of pancreatic cancer. Today we only have a small population of individuals with a family risk to be monitored. The identification of some cystic tumors of the pancreas (which can turn into cancer over time) and the surveillance of these subjects can be an important tool for prevention and early diagnosis.

4. Never give up in the face of “there is nothing to do.” In case of tumors considered inoperable, always ask for a second opinion in specialized centers. Today, in selected cases, surgery is also possible in patients where the tumor appears to involve blood vessels. Requesting consultation in specialized centers such as the University of Colorado may offer surgical options to patients previously considered unresectable. 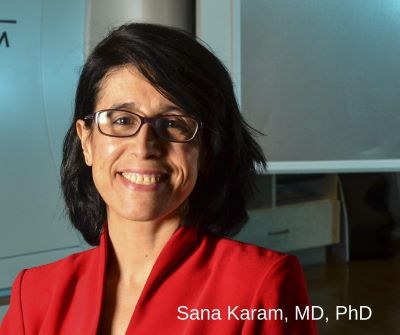 Dr. Sana Karam, 2018 WINGS OF HOPE grant recipient, describes below the scientific premise, what has been done to date and where they hope to go with their research on pancreatic cancer treatments.

Immunotherapy, which has received enormous attention in top-ranking science journals and news outlets, has failed to improve the survival of pancreatic cancer patients. For those who cannot undergo surgery, the addition of radiation has also failed to improve survival, and current trials are focused on shorter and higher dose radiation sessions, called SBRT, for improving disease control and symptom management. There are multiple trials with SBRT, but so far it has only improved survival marginally. The most important question, then, is why are these therapies failing? Why do only a few patients benefit from such treatments, especially given that they are known to eradicate other cancers?

To answer this question, one has to understand the makeup of pancreatic cancer and the environment it lives in. The surrounding environment of pancreatic cancers is a mesh of fibers and is filled with cells that suppress the immune system. SBRT has been shown to (1) directly kill cancer cells, and (2) stimulate the ability of the fighter immune cells (called effector T cells) to kill the cancer. At the same time, however, SBRT has been shown (1) to be incapable of halting the activity of immunosuppressive cells called regulatory T cells and tumor associated macrophages, which put the brakes on effector T cell function; and (2) to increase scarring in the tumor, which acts as a physical barrier, further blocking effector T cells from entering the tumor. This is of high relevance in pancreatic cancer, where the tumor itself at baseline is already notorious for having a high degree of scar tissue, making it difficult to deliver effective treatment. Therefore, we proposed that for SBRT to be used successfully, it has to be combined with targets aimed at mitigating the influx of immunosuppressive cells and fibrosis. One such target is ephrinB2 (EFNB2), a gene known to regulate multiple oncogenic processes including immune cell trafficking and tissue scarring and one we have shown to be a poor prognostic marker of survival outcomes and tumor progression in pancreatic cancer.

Supported by WINGS OF HOPE FOR PANCREATIC CANCER RESEARCH, we were able to generate data that showed a promising tumor reduction effect in pancreatic cancer mouse models when radiation is used with a drug that targets this gene. We showed that by using drugs that target this gene, we are able to reduce the influx of immunosuppressive cells and the formation of fibrous tissue that is created by SBRT. This work was published in this month’s Clinical Cancer Research (and was featured on the cover of the journal). We continue to work to understand the mechanisms of gene signaling, particularly as it relates to invasion or spread of the cancer. Such understanding should enable us to develop improved therapeutics and design clinical trials aimed at tackling both growth of the cancer locally and its ability to spread to other organs.

In 2018 WINGS OF HOPE awarded three grants for pancreatic cancer research at the University of Colorado Cancer Center. At the AACR (American Association for Cancer Research) Annual meeting in Atlanta, Georgia in early April, data was presented that was fully supported by the findings from two of these grants.

Thank you Todd Pitts, Ph.D., Dr. Wells Messersmith, Dr. Christopher Lieu, Betty Yacob and Sarah Hartman for all you are doing to move the research forward. 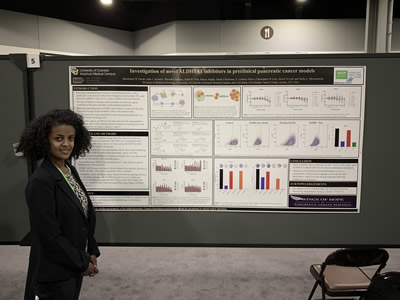 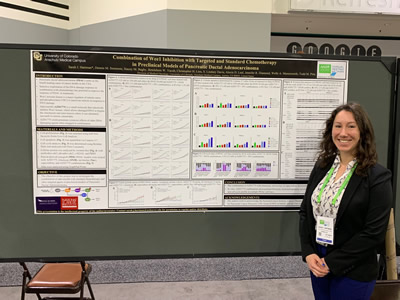 A treatment for one of the deadliest cancers has been uncovered by British researchers, who say it could wipe out the disease in less than a week.

The new drug, which targets pancreatic cancer but could be just as effective at treating other kinds of tumours, is to be tested on humans by the Cambridge university team later this year.

If the trials are successful, the therapy, which destroys a protective coating around the diseased cells, could be available to patients within a decade.

Research leader Dr Douglas Fearon said: ‘By enabling the body to use its own defences to attack cancer, this approach has the potential to greatly improve treatment of solid tumours.

‘That is not just restricted to pancreatic cancer but would be effective in many forms, including ovarian and lung cancer, because they react similarly.’

Only four per cent of sufferers survive beyond five years after diagnosis.

It is rarely detected early and is often too advanced to be treated, but the Cancer Research UK Cambridge Institute researchers believe their new drug, known as AMD3100 or Plerixafor, could work even with late diagnoses.

It breaks down a thick wall of chemokine protein which forms a protective barrier around pancreatic cancer cells and prevents the body’s T cells from breaking through to attack the tumour.

Plerixafor is used with other drugs which boost the helpful T cells’ activity.

In tests on mice, virtually all tumours were wiped out within six days – the first time this has been achieved in pancreatic cancer research.

Human trials are expected to start later this year at Addenbrooke’s Hospital in Cambridge.

Alex Ford, chief executive of the Pancreatic Cancer UK charity, said: ‘This research represents an exciting breakthrough – proving it is possible for cancer-attacking cells to get through to a pancreatic tumour.’

The best hope for beating pancreatic cancer is through research. The University of Colorado Cancer Center’s Pancreatic Cancer Research Program is in an elite group of physicians treating patients with pancreatic cancer. What sets them apart is their multidisciplinary approach to patient treatment. This endeavor is exemplified by the multidisciplinary pancreas cancer clinic during which a treatment plan is developed for an individual patient only after review by a team of physicians from the disciplines of medical oncology, surgical oncology, radiation oncology, pathology, radiology and interventional gastroenterology.

It is here that pancreatic cancer patients have access to the most advanced treatments, physicians who provide the highest levels of patient care and an extensive and ongoing clinical trial program.

Biologically unique from other cancers in the opinion of many scientists due to the anatomical location of the pancreas and the pancreatic cancer tumor’s uniqueness, treating this disease requires focused research that to date has been minimal, fragmented and underfunded. Decades of research advancements in lung, breast and other cancers have not translated into clinical benefits for the treatment of pancreatic cancer.

It is the research that will advance the treatments and lead us to a cure. 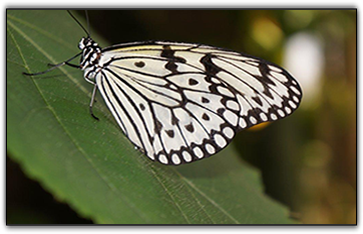 Effective treatments for those diagnosed with pancreatic cancer is dependent on more patients and physicians participating in clinical trials.

In 2011, 1,724 pancreatic cancer patients participated in clinical trials throughout the United States. This represents approximately just 4% of pancreatic cancer patients. Though this is slightly more when compared to the national 3% clinical trial participation average for all adult cancers, it is woefully low for the research and advancements needed for major breakthroughs in this relentless disease.

In order to raise the number of patients participating in clinical trials, it is imperative that sound clinical trials are available to test new approaches for pancreatic cancer detection and therapy.

The Pancreatic Cancer Research Program at University of Colorado Hospital is second to none in providing the highest quality multidisciplinary care for pancreatic cancer patients, while at the same time conducting innovative and comprehensive research.

The high quality of patient care is a result of their providing the most advanced medical therapies and opportunities for participation in clinical trials, with the goal being to improve survival and quality of life. The physicians involved in the University of Colorado Pancreatic Cancer Research Program are working to find better therapies, more accurate diagnosis and screening procedures in order to detect pancreatic cancer in its earliest stages. 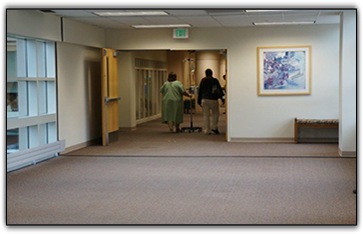 JOIN THE EFFORT…BE A PART OF THE POSSIBLE, BE THE HOPE.